No physical production I make during the quarantine will be any good. I have been practicing my digital knowledge, I am learning how to use arduino and I am making maquettes on blender for the projects I had hoped to make this semester. But motivation is low and I spend more of my days reading the news, stressing the fuck out, and thinking about how messed up everything and everyone is. In summary, I spend my days as a defeatist pessimist, blankly reading the next article about yet again an evil corporation letting its “pawns” die for profit (amazon for example), or the United States white house refusing to bail out the postal service in order to oppress voting, saving the money instead for billionaires who don’t want to dig into their own fortune to pay their workers.

I went to the coop last week, and watched a guy in a medical mask ask the grumpy cashier, somewhat teasingly as if he didn’t know the reply, why the Coop doesn’t supply her with face masks.

Once in a while I will go for a walk, only to have all these thoughts come back as I see every single “Rollois” by the lakeside, with not a care in the world for social distancing, living as if everything were normal. But things are far from being normal, Rolle VD is never that lively on a Tuesday, but somehow the quarantine,
by asking people to stay home, has inspired them instead to finally enjoy their village and take the opportunity to spend an afternoon by the lake.

Most of the people I have spoken to about the current situation say the same thing : “I am more worried about the coming economic crisis than the virus itself”. Why do we all accept living in a world where we are more worried about money than the lives of those around us. A world where an economic crisis or lack of money will lead to more hardship than a pandemic… How can we have made a system so out of touch with any emotion that human death is a reasonable payoff for a “lesser economical crash”, yet so absolutely human, since only humans could make a system so corrupt.

Anyways, this has been the last month. I feel like the values of our system are under the spotlight, showing us that we, the people, are not what our rules prioritize any longer. I am angry that everyone is not as angry as me. However, since I am supposed to be writing a reflective piece, I am going to try and look at the glass half full. I want to use this to try and reflect on the good that could come of this. Nature seems happier, the bats are more numerous and active than they usually are, the birds are singing louder, and I am sure that the lesser amounts of CO2 emissions are doing wonders, allowing for this poor earth we strip to finally take a breath for the first time since the industrial revolution. I hope we start questioning our system more.

Countless studies have been published on the effectiveness of working from home. A quick google search brings up a study from 2015, and I am sure it was not the first. Will we maybe realize, thanks to this entire situation, that maybe taking the car from Lausanne to Geneva every day to sit at an office the same way we could do from home maybe isn’t that sensible? Work on your own time, no spiky office chair, sitting in an uncomfortably gray building. Offices will rent smaller spaces, only to be used in order to hold a few meetings a week, leaving space for prettier buildings and more housing or stores to open without having to build outwards. This would most certainly lower the demand for city housing just as well !

We are surrounded by these consumerist voices always telling you need to buy this, you need to own that, But as the stores close around us, we are forced to take a step back from the constant buying and consuming routine that we had settled in and finally, after years, breathe a bit. Somehow not being able to shop for clothing or electronics once a week doesn’t seem as dreadful. Cooking from home and buying groceries only once a week is a nice change of pace from the “quick kebab while running for our next train” that many of us are accustomed to.

On a lighter note, this might mark the end of the pervasive Antivax movement, and hopefully we can eradicate measles once again (it was declared a done disease in 2000…)!

This is also showing us the absolute importance of a good president. I don’t see it necessary to elaborate on this as I am sure everyone is following what has been happening.

Japan has put aside a few hundred billion yen to shift production out of China. The United States is apparently doing the same, though information coming out of the West in these times doesn’t seem to be all that reliable. I think it will avoid future conflict if we take back some of the power we have given to China over
the last few decades and, if we are very lucky, the Chinese people themselves will finally revolt against the oppression which has been so visible throughout the outbreak.

Spain is discussing universal income. It is something I wholeheartedly stand by, and I hope it will inspire other countries to follow. Giving everyone the chance to better themselves, get more educated, find a career they enjoy. It seems like a good way to both accept the need for a more socialist economy while maintaining the people’s wish for liberalism.

Anyways, question things, stand up, vote! And try to stay positive (note to self). Some good must come from this right? 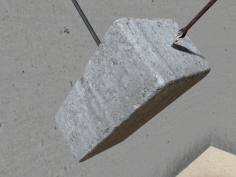