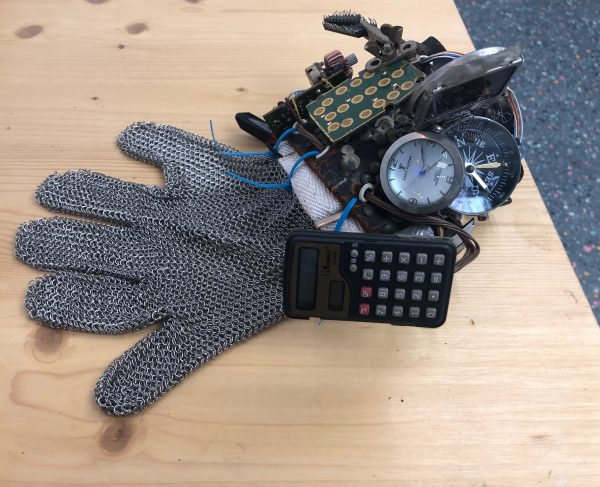 Last year I spent few days at Nø School Nevers, a summer school about “critical research around the social and environmental impacts of information and communication technologies”. This was the occasion to spend some time participating in various activities and discover the work of Gambiologia… a collective that “exploram peculiaridades da cultura brasileira no contexto eletrônico, especialmente relacionadas à tradição da ‘gambiarra'”:

“Gambiarra is a word that only exists in Brazilian Portuguese. It indicates informal uses and technological solutions to everyday life and infrastructure problems. (…) The Gambiologia Collective transforms this repertoire into a science of combat. It promotes workshops, urban interventions, debates and exhibitions that stimulate the use and the reinvention of obsolete, broken or discarded devices. The jury recognizes its work and action methodology, directed at the critical and creative use of media, and decided to award Gambiologia as a process and strategy rather than as specific artworks.” (Prix Ars Electronica 2011 – Statement do júri)

Why blogging this? Gambiarra looks like an interesting variation of the practices we are interested in this project. The way it’s framed in Brazilian culture makes it quite relevant to investigate.

“Zombie media addresses the living deads of media culture. As such, it is clearly related to the earlier calls to investigate “dead media” by Bruce Sterling and others: to map the forgotten, out-of-use, obsolete and declared dysfunctional technologies in order to understand better the nature of media cultural development. And yet, we want to point to a further issue when it comes to abandoned media: the amount of discarded electronic media is not only the excavation ground for quirky media archaeological interests, but one of the biggest threats for ecology in terms of the various toxins they are leaking back to nature. A discarded piece of media technology is never just discarded but part of a wider pattern of circulation that ties the obsolete to recycling centers, dismantling centres in Asia, markets in Nigeria, and so forth – a whole global political ecology of different sorts where one of the biggest questions is the material toxicity of our electronic media. Media kills nature as they remain as living deads.”

Why blogging this? This is probably the core notion of this project, to the point that our interest resides in documenting what one could call “zombie media practices”. Perhaps the “media” angle is less prominent in our project though. 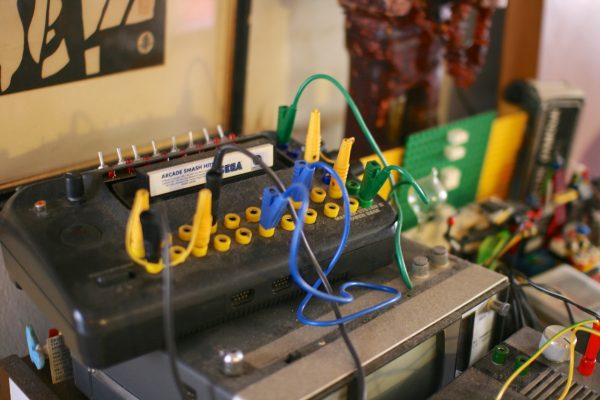 One of the many souvenirs of a repurposed digital device (The SEGA Master System II, a cost-reduced version of the Master System released in 1990) that we ran across few years ago. Certainly a good illustration of what we want to investigate in this project.