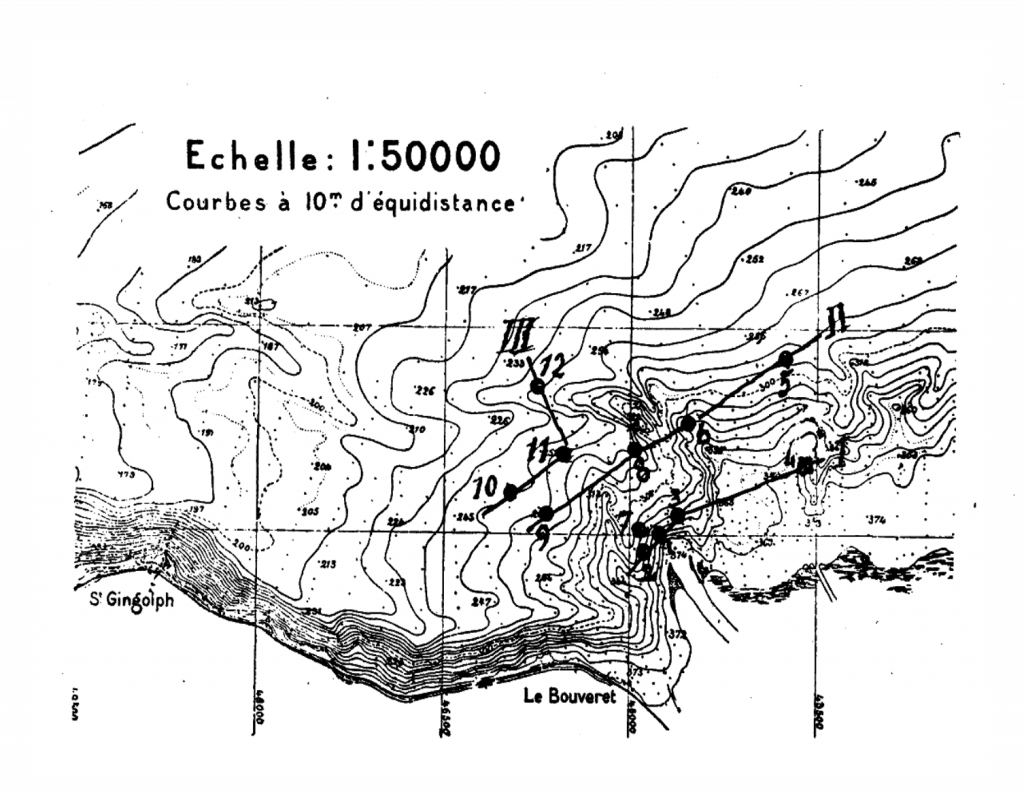 Descending from the alpine glacier of the same name, the Rhone river deposits silt into a delta known as la bataillère, located at the Valais end of Lake Geneva. “The waters present there are of different densities due to their temperatures as well as the quantities of fine matter suspended in the Rhône,” according to a 1930 description of the delta. “One (the river) holds a strong life force, while the other (the lake) is immobile. They seek to balance each other out, resulting in the production of differing currents, eddies, and even whirlpools, which manifest on the water’s surface in centripetal swirls that are dangerous for small boats.” (Gorceix & Kreitmann 1930) The bataillère also plays a role in a locally based work of fiction that joins a growing subgenre of science fiction, called climate fiction or cli-fi. In his 1997 novel La Bataillère, Swiss Romande author Pierre-Laurent Ellenberger imagines a disaster caused by lengthy, heavy rainfall mixing with the already tumultuous waters of this delta environment: Little by little the waters of Lake Geneva rise during the downpour, resulting in landslides and forest debris cascading into the lake, which is then carried westward until it reaches Geneva and forms a clog that turns the Mont Blanc bridge into an enormous dam. When the blockage becomes suddenly dislodged, the abrupt movement transforms Lake Geneva into a roaring river that inundates the city. The streets of Eaux-Vives and other lakeside neighborhoods become rivers themselves, and Plainpalais is transformed into a lake several meters deep. The sky is filled by a constant stream of rescue helicopters taking off from Cointrin Airport to circle the city looking for survivors and attempting to recover the bodies of thousands of victims. Geneva author Daniel de Roulet discussed Ellenberger’s novel in an interview with The Anthropocene Atlas of Geneva; a short reading in French can be heard here. (KS)