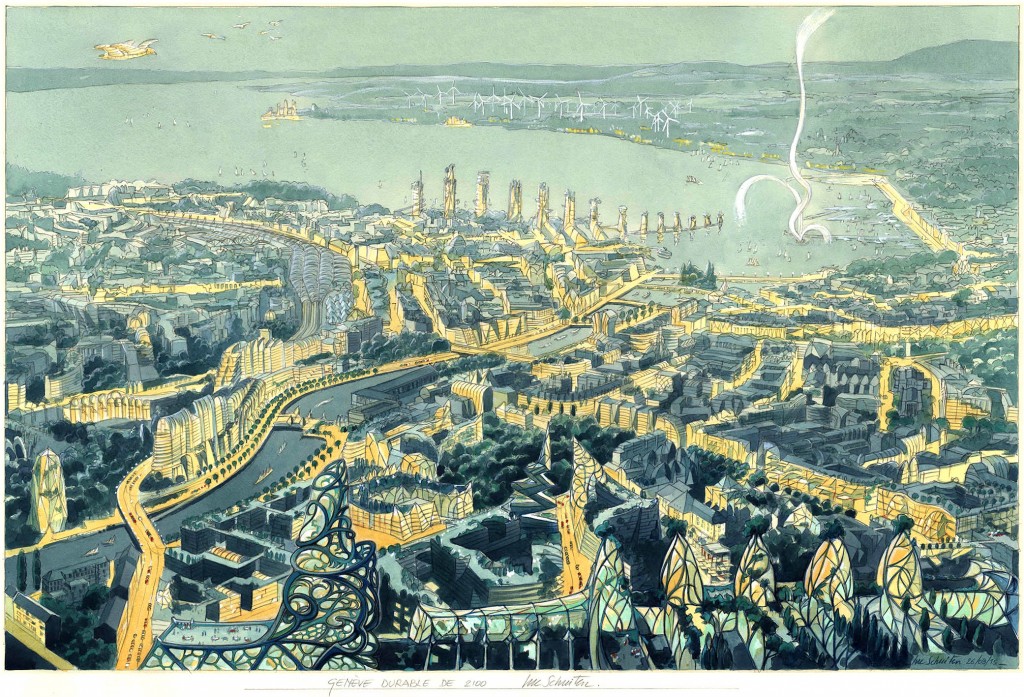 The dream of a green city exerts an enduring pull of attraction. It’s also an urgency, as across the planet, cities and their inhabitants feel the effects of global warming, climate chaos, sea-level rise, and toxification. All cities are exposed, albeit to differing degrees. In a globalized world, accumulated wealth and power buy relative advantages in security and resilience. As the gaps in social position widen, and a “planet of slums” emerges, the poorest and weakest remain most exposed. (Davis 2006; Dawson 2017; Nixon 2011) Behind these asymmetries are the histories of modernist enclosures, settler invasions, colonial domination, and capitalist extractions. Social and climate injustice converge to mark the political contradictions of so-called sustainable development and, indeed, of modernity’s growth imperatives. (Bonneuil & Fressoz 2017; Giddens 2011; Klein 2014; Urry 2011) The ecological contradictions are now gripping public awareness and attention. Is economic growth a given, if it degrades the conditions that make it possible? Is progress still progress, if it drives the Earth System towards a hostile climate? The promise of sustainable growth, which hoped to square the circle, is put to the test in city planning and governance. “A biophilic city,” sustainable cities scholar Timothy Beatley writes, “is a green city, a city with abundant nature and natural systems that are visible and accessible to urbanites. It is certainly about physical conditions and urban design – parks, green features, urban wildlife, walkable environments – but it is also about the spirit of a place, its emotional commitment and concern about nature and other forms of life, its interest in and curiosity about nature, which can be expressed in the budget priorities of a local government as well as in the lifestyles and life patterns of its citizens.” (Beatley 2011: 17). Beatley draws on conservation biologist Edward O. Wilson’s hypothesis of “biophilia,” an “innately emotional affiliation of human beings to other living organisms.” (Beatley 2011: 3) Beatley’s work has inspired the Biophilic Cities Project, a network of, at the time of this writing, twelve cities in Canada, New Zealand, Spain, the UK, and the USA. The aim of reorienting urban priorities and commitments so as to support multispecies emotional affinities (whether or not these affinities are innate) is laudable enough – and much preferable to biophobia, as a logic of urban design and governance. But there is a risk that this potential reorientation of the urban may devolve into smart branding and boosterism. “We certainly need technology and planning to help adapt to the coming climate chaos, but under present social conditions, these tools are more likely to be employed by elites to create architectures of apartheid and exclusionary zones of refuge.” (Dawson 2017: 8) What is the wealth of the city? How is it gathered, from whom or what, and where? A biophilic city would need to confront the real tensions and challenges of sustainable “livability,” and dare to question the orthodoxies and entanglements of economic growth and global financialization. How can a city reach for multispecies balance, give and return as much as it takes, and on what scales of accounting and kinship? How would the metabolism of a biophilic city – the way it organizes its needs for food, water, and energy – be different? As climates and ecological assemblages are moving, how can cities fixed in their local places embrace the idea of refugia for life in disturbance and distress? (GR)