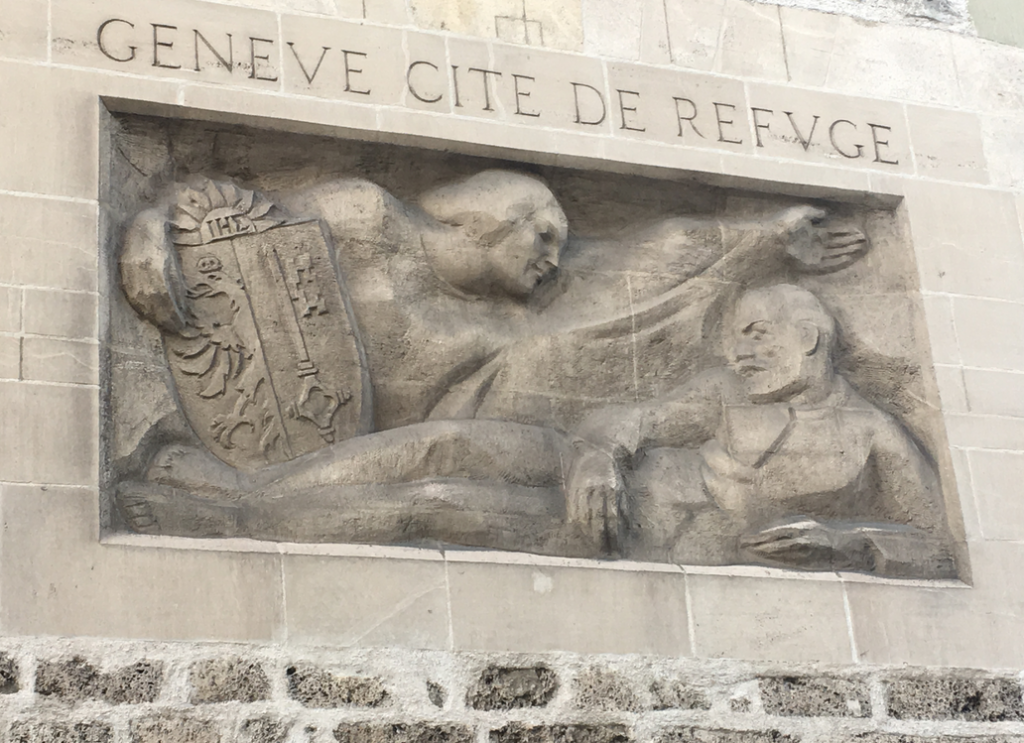 The ancients, we know, held temples and sacred sites to be special places of sanctuary. In classical Judea, certain cities were designated as cities of refuge, where even fugitives could claim a right to asylum. In the seventeenth century, Geneva became a refuge for persecuted Protestants in Europe’s long religious wars. Molard tower, built in 1591, rises up on the lakeside end of Place Molard, on the edges of Geneva’s Vieille Ville or Old Town. On the southeast side of the tower, a stone bas-relief was added in 1922. The lower figure reputedly depicts V.I. Lenin, a modernist and author of a truculent 1902 screed called What Is To Be Done? Lenin was in exile in Geneva from 1903 to 1905 and again from 1907 to 1908. When the Nazis seized power in Germany in 1933, the Frankfurt Institute for Social Research found refuge in Geneva, before moving on to New York. Today Geneva hosts the Office of the United Nations High Commissioner for Refugees, also known as the UN Refugee Agency. In 1993, the city of Strasbourg declared itself a “City of Asylum for persecuted intellectuals” and offered the “freedom of the city” to novelist Salman Rushdie, then living under threat of religious assassination. In the years following, the newly formed International Parliament of Writers collaborated with the Congress of Local and Regional Authorities of Europe to draft a “Charter of Cities of Asylum” and to set up a network of cities willing to offer refuge to artists and intellectuals under threat of violence. In this context, the philosopher and critical theorist Jacques Derrida was inspired to write his celebrated lectures on hospitality; in those, he elaborated the outlines of an unconditional hospitality, as one pole of the “ordeal” of ethical decision. He also called for a realignment of international law, away from the nation-state and supranational institutions of global governance and toward the strengthened autonomous initiative of cities and local regions. (Derrida 2000, 2001) Today these collaborations and ideas animate the International Cities of Refuge Network (ICORN), through which over 60 cities across the world offer refuge and support to intellectuals and artists at risk; conspicuously, Geneva is not a member city of ICORN. In the context of current public debates about refugees and immigration, dozens of municipalities in the United States have declared themselves “Sanctuary Cities” and pledged to limit cooperation with US federal government immigration raids and deportation policies. In the so-called Anthropocene, displacements linked to global warming and other planetary changes are expected to increase greatly. Indeed, an era of massive migrations is beginning. Both human and nonhuman climate refugees will be ever more on the move, seeking refugias, as Donna Haraway has noted. Even climates are now moving, challenging us to rethink the deep experiential connections between climate, weather, and the local, and to consider the possibility that climates, too, have become refugees on a changing planet. (GR) 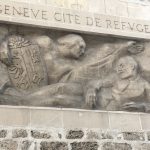 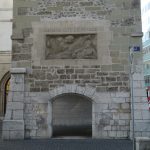 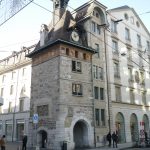