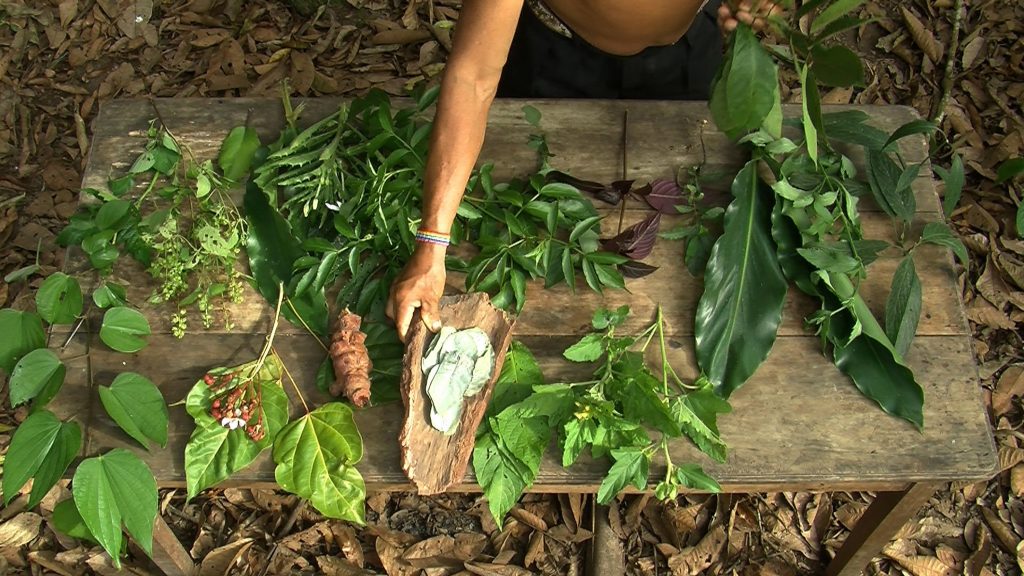 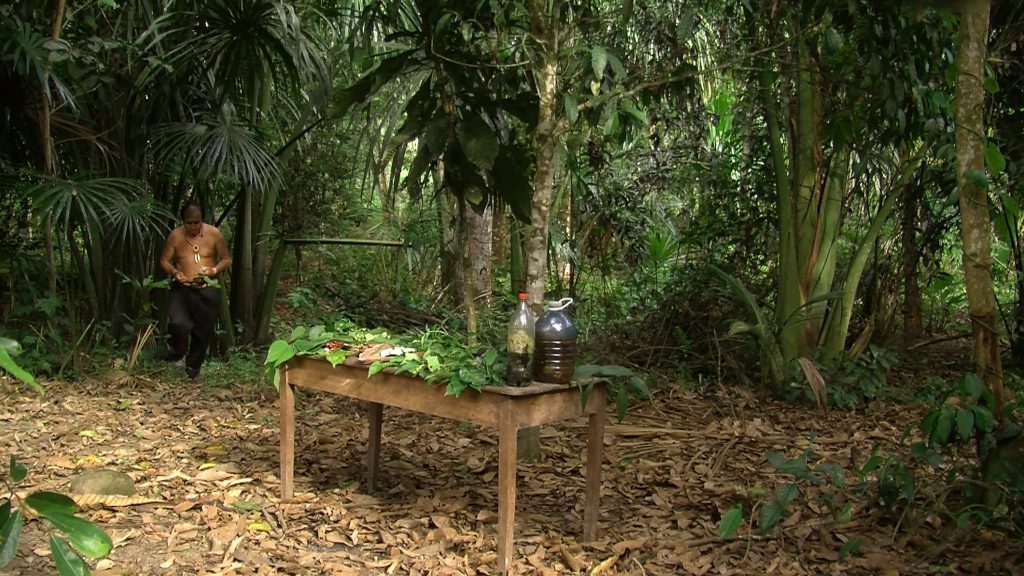 Forest Law is the title of a long-term research, film, and book project carried out in Amazonia by artist, writer, and video essayist Ursula Biemann and architect, urbanist, and TAAG advisory research group member Paulo Tavares. The project enters in conversation with the tropical forest and forest dwellers, and examines the deep histories behind landmark legal cases, in which Indigenous peoples have challenged the violent extraction of oil, minerals, and other natural resources in the Ecuadorian Amazon. Out of the struggles of Amazonia, a new legal paradigm based on the rights of nature has been emerging – and resonating across the planet. “Invoking global climate destabilization, loss of biodiversity, and toxic pollution, disputes over the forest lands of Amazonia are located simultaneously within and beyond the region’s immediate geography. Deeply rooted in local histories of violence and dispossession as well as within a broader terrain of struggles, these conflicts reflect a global, universalist cosmopolitics.” (Biemann & Tavares 2016: 5) Artfully composing a multimedia reflection that draws on legal documents, cartographic analysis, archival research, and video interviews conducted in Amazonia in 2013, Forest Law “takes a slow road in mapping the historical, political, and ecological dimensions of these trials on behalf of the forest and the people who cultivate the forest, tracing the entanglements and frictions between the ethical and epistemic stakes these conflicts raise.” (Ibid.) Chapter 7 of Ecuador’s 2008 Constitution formally recognizes and protects the rights of nature, or Pachamama, giving Indigenous cosmologies and Traditional Ecological Knowledge a new standing within legal frameworks and governance paradigms long dominated by Euro-modernist rationalities, biases, and agendas. The struggles of Amazonian Indigenous peoples to defend the life and integrity of their territories from the extractions and powers of a globalized economy throw into stark relief the anthropocentrism of modernity and its destructive accumulations. But Indigenous voices, and the animism and kinship cosmologies that are reflected in many of them, are no longer dismissible as pre-modern remnants, to be mourned in advance with nostalgia. Reconsideration of modernist pursuits of happiness in the critical light of alternative notions of “living well” (sumak kawsay or buen vivir) appears now to be an urgency. “As the ecological devastation unleashed by our modern industrial-military arsenals loomed and we gradually realized that the most fundamental human rights are bounded with the environs we inhabit and the life of other species with which we coexist, advocacy for the rights of ecosystems became less a relic of ‘archaic cultures’ than a project inserted into the future, merging from and conceived for a geopolitical terrain slipping into a process of radical transitions.” (Biemann & Tavares 2016: 17-19) In such cases as Aguinda v Chevron Texaco and Kichwa Indigenous People of Sarayaku v Ecuador, something like the opening negotiations of a post-Holocene alter-modernity may be taking place. (GR)