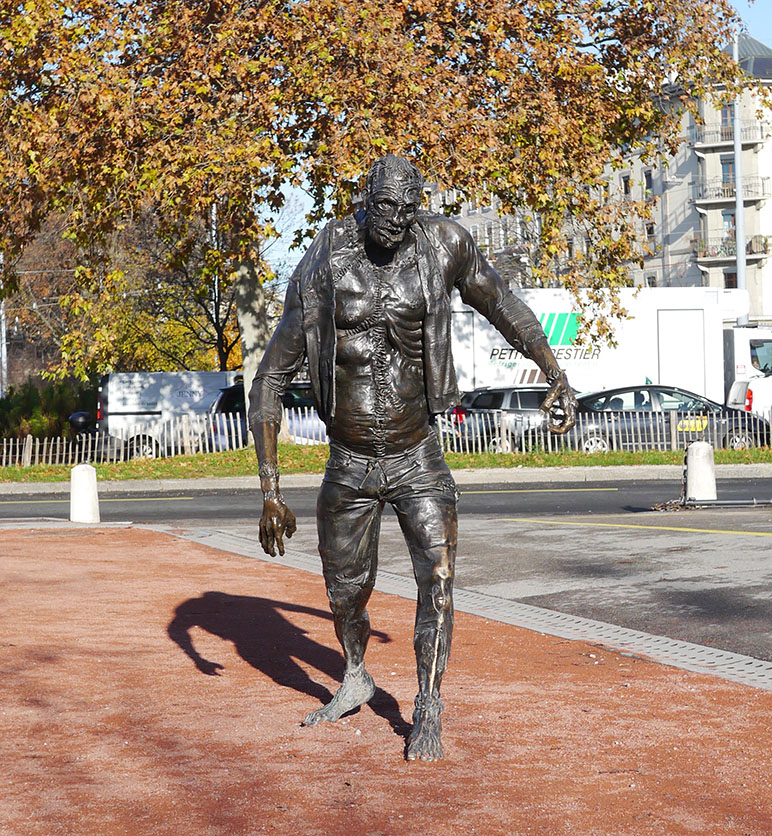 Mary Shelley’s famous story about Victor Frankenstein and the monster he created was written in Lord Byron’s Villa on Geneva Lake in 1816, the so-called year without a summer. Due to a volcanic eruption in Indonesia in the previous year, particles in the air hid the sun in Europe. Obliged to stay at home due to the dismal weather, Mary Shelley, her husband Percy, Lord Byron and some others organized a horror story contest. Mary Shelley wrote Frankenstein, later published with the subtitle The Modern Prometheus. As this subtitle implies, the story is about scientific and technical progress, the reach for human mastery over nature, and the dangers and failures of human behavior. The novel responds to a widespread fear of the increasing power of technology and science at that time. It is in the Geneva district of Plainpalais that the monster kills the younger brother of Victor Frankenstein, before he escapes by climbing the Salève, a mountain near the city. The second centenary of its first writing (2016) and its first edition (2018) inspired numerous exhibitions and publications revisiting its themes, reception, and influences. In Geneva, the exhibition Le Retour des Ténèbres addressed gothic imaginaries in the history of art and literature in relation to Frankenstein (Musée Rath, 2016-2017). (JS)

Image: Statue of Frankenstein by the artist collective KLAT, inaugurated on the Plaine de Plainpalais in 2014. Photo: TAAG.