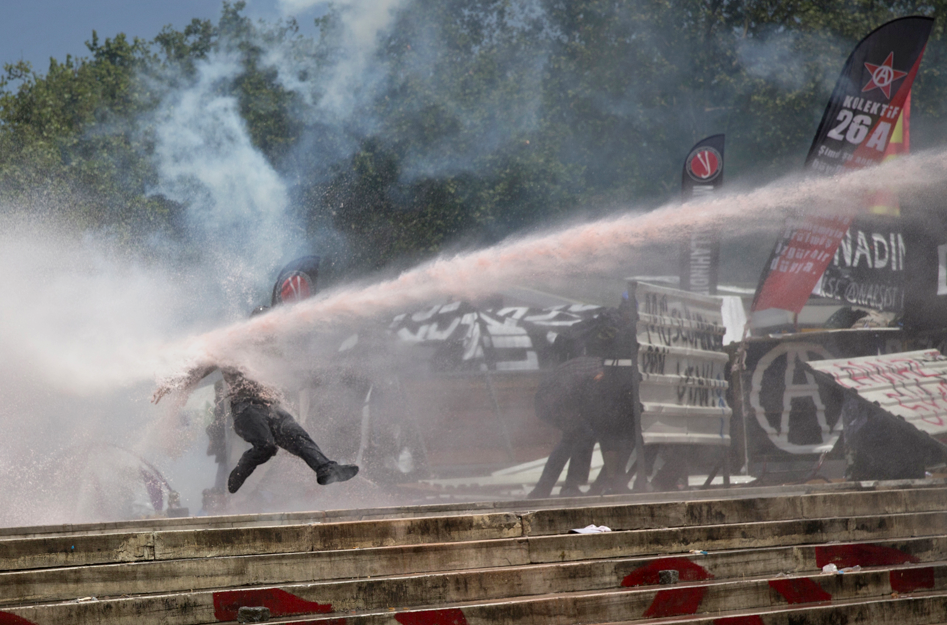 In ecology and systems theory of the 1970’s, the term “resilience” denoted the ability of an ecosystem to absorb changes of variables and parameters, and still persist. (Holling 1973) Carl Folke and others expanded the concept of resilience in feedback systems to include the social, defining resilience as, “the capacity of a social-ecological system to continually change and adapt yet remain within critical thresholds”. (Folke et al. 2010: 1) Kristina Diprose has traced how a predominantly social meaning of resilience has developed and spread, from its currency among healthcare professionals and grassroots environmentalists in the 1980’s and 1990’s to policy fields including urban planning, poverty reduction and climate change adaptation. In the context of worsening economic injustice, resource shortages and ecological degradation since the global financial crisis of 2007-8, the social connotations of resilience have shifted further, away from the tendencies of emancipation towards those of acquiescence, so that the term has come to signify personal adaptation to adversity rather than politically-informed resistance to its causes. (Diprose 2015) Observing instances of resilience ranging from popular psychology and self-help books to quasi-military initiatives, Mark Neocleous has proposed that, “Resilience comes to form the basis of subjectively dealing with the uncertainty and instability of contemporary capitalism as well as the insecurity of the national security state”. (Neocleous 2013: 5) In a prime example of ideological bias presented as neutrality, the normalised conceptions of resilience since 2000 are based on cognitive, practical, material or technical characteristics. In this sense, the term has been recuperated, so that, “Far from being a sign of defiance, resilience has become the preferred means of maintaining business as usual”. (Diprose, 2015: 44) The Rockefeller Foundation ­­­­– a philanthropic organisation that distributes part of a fortune made from oil “to promote the well-being of humanity throughout the world” – is working with global engineering corporation Arup to promote a liberal response to societal collapse. Their 100 Resilient Cities initiative defines urban resilience as, “the capacity of individuals, communities, institutions, businesses and systems within a city to survive, adapt and grow no matter what kinds of chronic stresses and acute shocks they experience” (100 Resilient Cities 2015). The capacity to survive, adapt, and grow may sound positive, but in the context of extreme inequality, it is problematic: explicitly prioritizing survival frames resilience not merely in relation to adversity, but to existential threats, evoking the social Darwinist maxim, “survival of the fittest.” Adapting to the problems caused by the industrial consumer way of life is prudent, but what of the ethical obligation not to inflict damage on others? Finally, the assumption that cities must grow (rather than develop) elides the difference between accommodating growing populations and pursuing economic growth. Lacking the capacity for critical or ethical engagement, the neoliberal discourse around resilience propagates misrecognition of the systemic nature of the crisis, encouraging people to react as self-interested individuals and groups to problems that require public and collective solutions. Although resilience is a necessary skill for survival, it is neither sufficient as a practical way to avert global ecological collapse, nor is it appropriate as a guiding principle for confronting the injustices inherent in the crisis. As the Executive Committee of the Club of Rome warn in The Limits to Growth: “The crux of the matter is not only whether the human species will survive, but even more whether it can survive without falling into a state of worthless existence.” (Meadows et al. 1972: 197) (David Cross)

Image (via David Cross): Ed Ou/Getty Images. Caption (Getty Images): A protester is knocked back by a police water cannon as riot police advance towards Gezi Park from Taksim Square in Istanbul, Turkey on June 11, 2013. A large force of riot police entered Taksim Square early on Tuesday, firing tear gas grenades and using water cannons to disperse demonstrators who have occupied the square for more than a week as part of a protest to save a nearby park that the government wants to develop. The operation came a day after the government appeared to change tactics and Turkeys prime minister agreed to meet with leaders of the protest movement whose opposition to the razing of the park was a catalyst for violent antigovernment demonstrations nationwide that began more than a week ago and escalated into a political crisis.