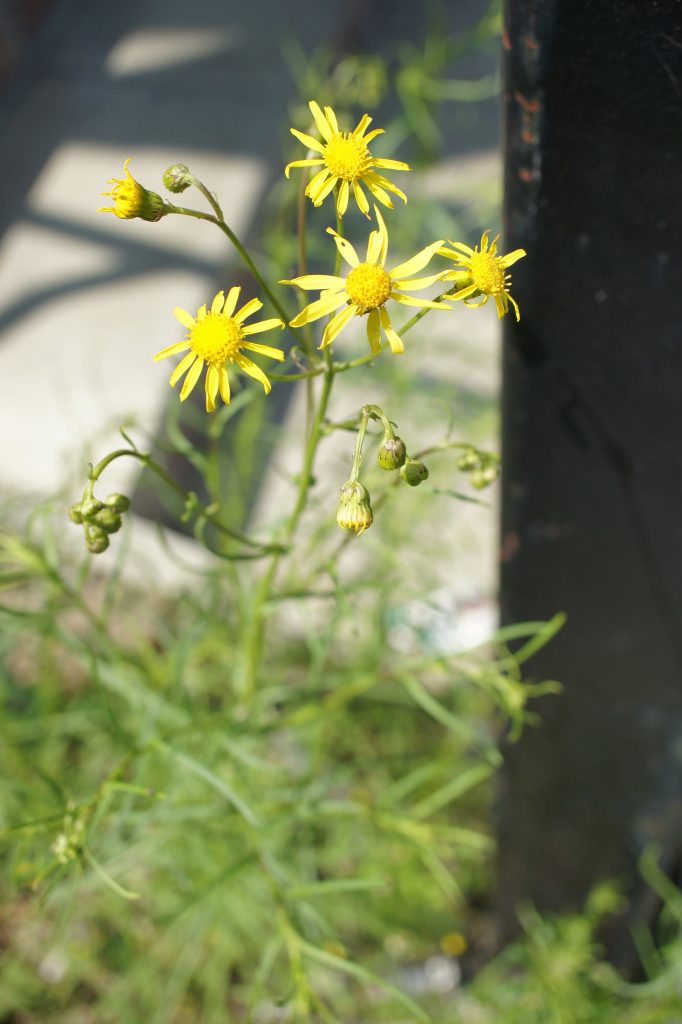 The seeds of South African ragwort (Senecio inaequidens), native to southern Africa, arrived in Germany toward the beginning of the 20th century in shipments of South African wool. The first several appearances of the plant in Europe were all in locations central to the region’s wool industry in the early 20th century: Mazamet and Calais in France; Verona, Italy; Lüttich, Belgium; and Edinburgh and Galashiels in Scotland. From these ports of entry, South African ragwort has spread through much of the rest of Europe. Botanists have been able to pinpoint the plant’s arrival in Switzerland by train at the rail crossing of Denges, located between Morges and Lausanne. Identifiable by its bright yellow, daisy-like flowers, South African ragwort today lines the highway that links Geneva to Lausanne. This ruderal species grows and spreads quickly; as of 2018, it has seemingly stuck to rail and motorways, but as its natural habitat is grasslands, scientists expect that South African ragwort will eventually spread to farms and fields in Switzerland. This is cause for some concern due to its toxicity for livestock; it has also been identified as a “potentially serious weed” for grape vines (CABI 2018), another vegetal species that can be found along the length of the highway from Geneva to Lausanne.