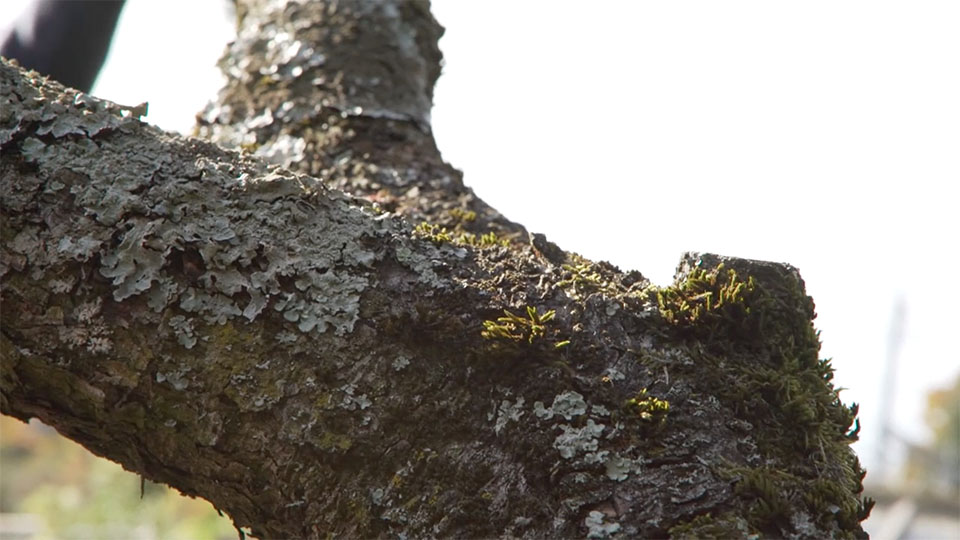 We are all lichens.

In November, 2017, lichenologist Philippe Clerc treated TAAG researchers and advisors to an inspiring tour of the lichens living on the trees and grounds of Geneva Botanical Gardens. In discussion, he made a quietly impassioned plea for the value of symbiosis, the ways that different life-forms find, or devise, to “live together” to their mutual benefit. Clerc played down the ruthless culling of “the survival of the fittest” that perhaps remains the dominant popular impression of Darwinism. “Symbiosis is really a very successful process on earth,” he told us. “It’s not competition that is important, but symbiosis, living together.” Listening to Clerc’s eloquent commentaries, I began to understand what it was all about – all this legible excitement and enthusiasm for lichens that has been bubbling through the cross-disciplinary research communities focused on the so-called Anthropocene. In 2012, biologist Scott Gilbert was pointing to the fact that we humans are, from our skin and guts right down to our DNA, symbiotic assemblages of bacteria, retroviruses, and genes. (Gilbert, Sapp & Tauber 2012) His conclusion – “We are all lichens.” – became a rallying call for science and technology studies scholar Donna Haraway, who used it as an epigraph in her influential 2015 book Staying with the Trouble. (Haraway 2016: 30) The spirit of Gilbert’s assertion has resonated as well with Anna Tsing and other multispecies ethnographers, in their searches for Arts of Living on a Damaged Planet. (Tsing, Swanson, Gan & Bubandt 2017) In and out of academia, disenchantment with the enforced competition and accumulation of capitalist modernity is rampant. To the critically minded in 2018, these social logics are looking more and more like collective suicide. In contrast, lichens have emerged as exemplary practitioners of symbiotic mutuality. Even their biological status – “plantish,” but more than vegetal – breaks down the categorical borders by which modernist science and capitalism have organized and “known” the world. “[W]hile they resemble plants in numerous ways, lichens are actually composed of fungi, alga and/or cyanobacteria, and are amalgams of multiple organisms that are located across kingdoms. As symbiotic organisms, lichens trouble the classification of organisms.” (Gabrys 2018: 352) So writes environmental sociologist Jennifer Gabrys, in a wonderful discussion of lichens as “world-making” bioindicators that are telling us about local accumulation of sulphur dioxide and other air pollutants. Détourning the US National Aeronautics and Space Administration’s “Ozone Bioindicator Garden Project,” Gabrys considers “how a speculative bioindicator garden – unfolding from a lichen point of view – could generate different approaches to environmental sensing by engaging with ecological relationality and organismal contributions to environmental-political problems.” (Gabrys 2018: 354-356) Gabrys’ “speculative approach,” drawing on science studies scholar Isabelle Stengers as well as, surely, Haraway’s “SF” (science fact, science fiction, speculative fabulation, speculative feminism), is meant to suggest “practices of experimentation [that] can be applied across the arts and sciences, as they search for responses to the ‘intrusion of Gaia’ in this time of planetary distress.” (Gabrys 2018: 356) Gardens as places and practices of multispecies refuge and ecological resurgence have emerged as a recurrent topos and motif in the findings of the TAAG research project. Reactivating the notion of symbiosis by moving the accent to collective arts and practices of world-making, Haraway, Tsing, Gabrys, and others refuse the paralysis of programmed despair in the face of planetary meltdown. “Sympoiesis is a simple word; it means ‘making with’. Nothing makes itself; nothing is really autopoietic or self-organizing.” (Haraway 2016: 58) Making with, in order to go on living with: this, too, the lichens are telling us, with strong political resonance. (GR)