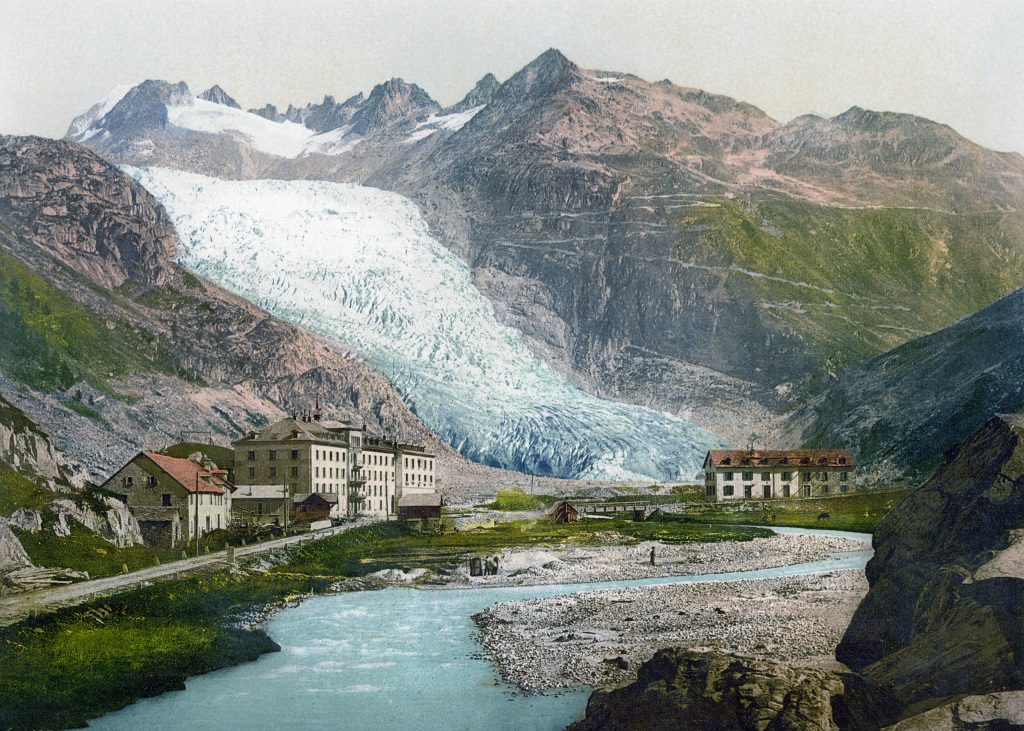 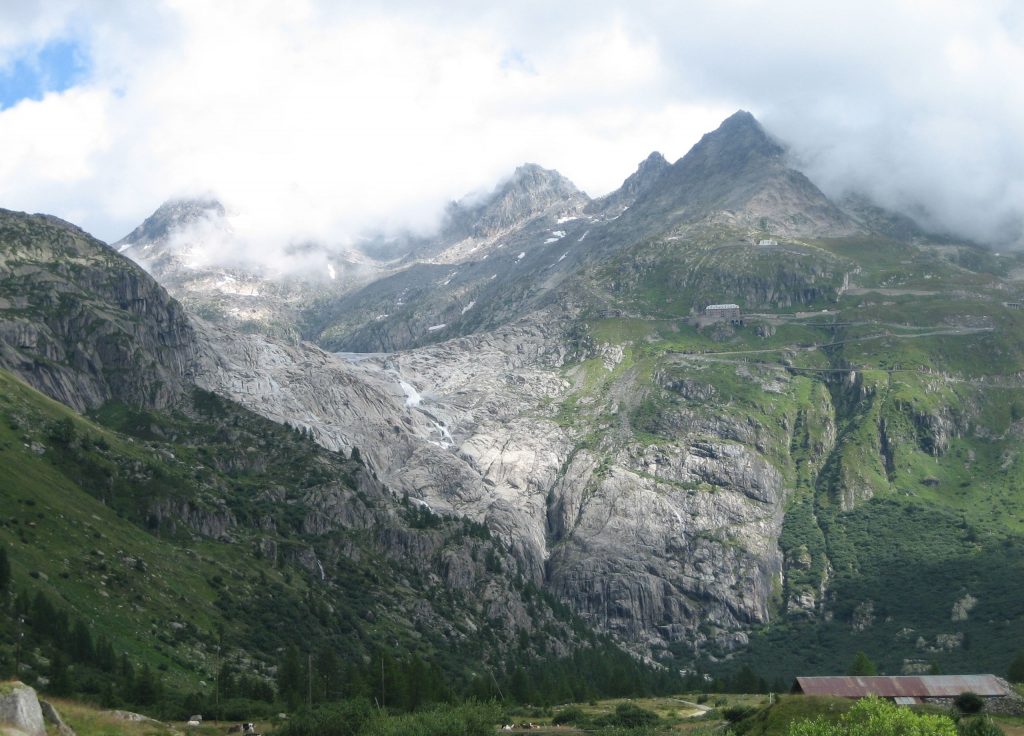 Source of the Rhone river, the Rhone glacier is located on the southern side of the Alps at the eastern end of Valais, for now. In the past century and a half, the glacial ice has retreated nearly a kilometer and a half and its thickness has melted down by approximately 350 meters, with 40 of those meters disappearing in just the past ten years. (Mallonne 2015; Larson 2015) Glacier retreat in general has already had an effect on some mountain communities in Switzerland that once leaned on the presence of a neighborhood glacier for tourism income. The melting has had a different sort of effect, however, on the Swiss hydroelectric power industry, which has been boosted 4% since 1980 due to glacier retreat, according to a study released in 2018. (Schaefli et al.) In Valais, home of the Rhone glacier, glacier melt accounts for 9% of hydroelectric power production. “The evolution of glacier retreat during the 21st century – based on projections of the Intergovernmental Panel on Climate Change (IPCC) – remains uncertain, but is expected to slow considerably between now and 2070–2090, provided measures are taken to counter global warming,” according to a Swiss National Science Foundation summary of the study. Although slowed glacial melt has been cause for some concern in the hydroelectric industry, this study suggests that the impact would be fairly small – again, assuming that measures to counter global warming are taken – because the vast majority of Swiss hydroelectric power makes use of rainfall. (SNSF 2018) Some measures are already being taken specifically to halt the melting of the Rhone glacier. For the past several years, groups of the glacier’s concerned neighbors have been covering portions of the glacier with white fleece blankets to protect it from the sun’s UV radiation, in theory slowing the rate of its melting by about 50%. (Mallonne 2015) This creative DIY measure to save the Rhone glacier is unfortunately only a temporary and imperfect fix. « This protective action is effective for a few years, but doesn’t work as an ultimate solution,” David Volken, a Swiss glaciologist, told Wired magazine in 2015. “It’s not possible to cover the whole Rhone glacier with blankets.”