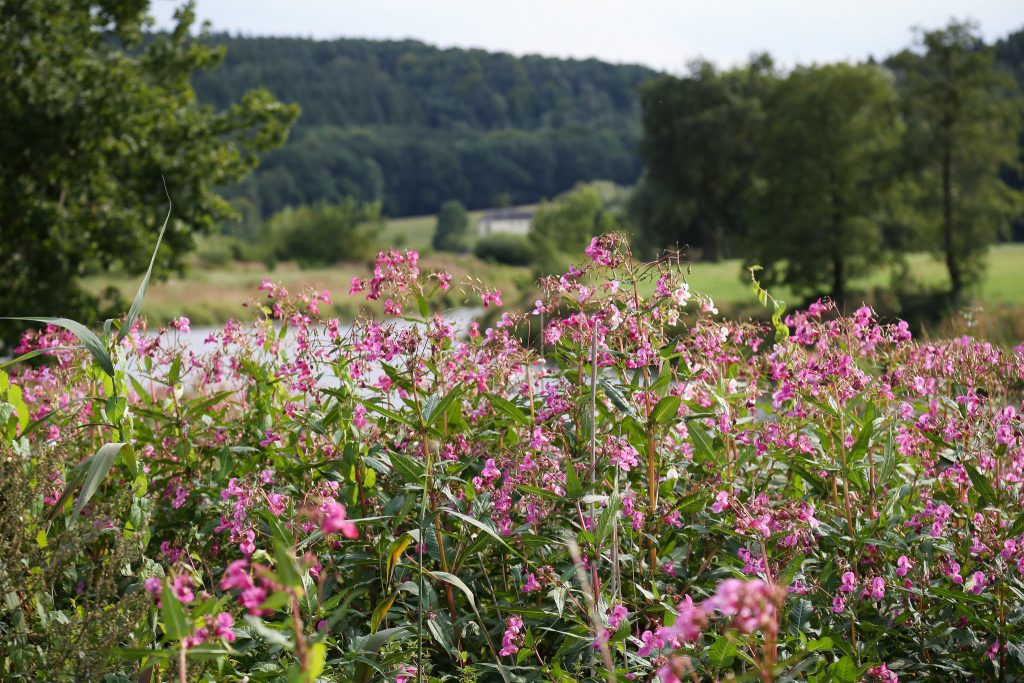 Concern about the migration of the Himalayan balsam (Impatiens glandulifera), and other species not native to Switzerland, often leads to a discussion of species movement and the efforts to curtail movement that takes on the language and metaphors of a military campaign. The Himalayan balsam, which as the name suggests is native to the Himalayas, began colonizing the banks of rivers and streams in Switzerland around 1920. The plant flowers during the summer and early fall, when its one- to two-meter-tall stands block sunlight from reaching other floral species, resulting in significant losses of riverbank biodiversity. As summer fades to fall, it ejects its seed pods like catapults, up to seven meters away, thus expanding its domain. The seeds often take to the water as well, further extending the plant’s reach. The seeds of the Himalayan balsam lie in wait during the winter months while the plant stands themselves disappear; this absence leaves riverbeds bare and contributes to erosion, until the next growing season arrives and the Himalayan balsam rises again. (Info Flora 2012; Republic and Canton of Geneva 2005) For these reasons, the plant appears on Switzerland’s list of invasive organisms that are banned according to the federal Ordinance on Environmental Dissemination. (ODE, RS 814.911; Info Flora 2012) (KS)