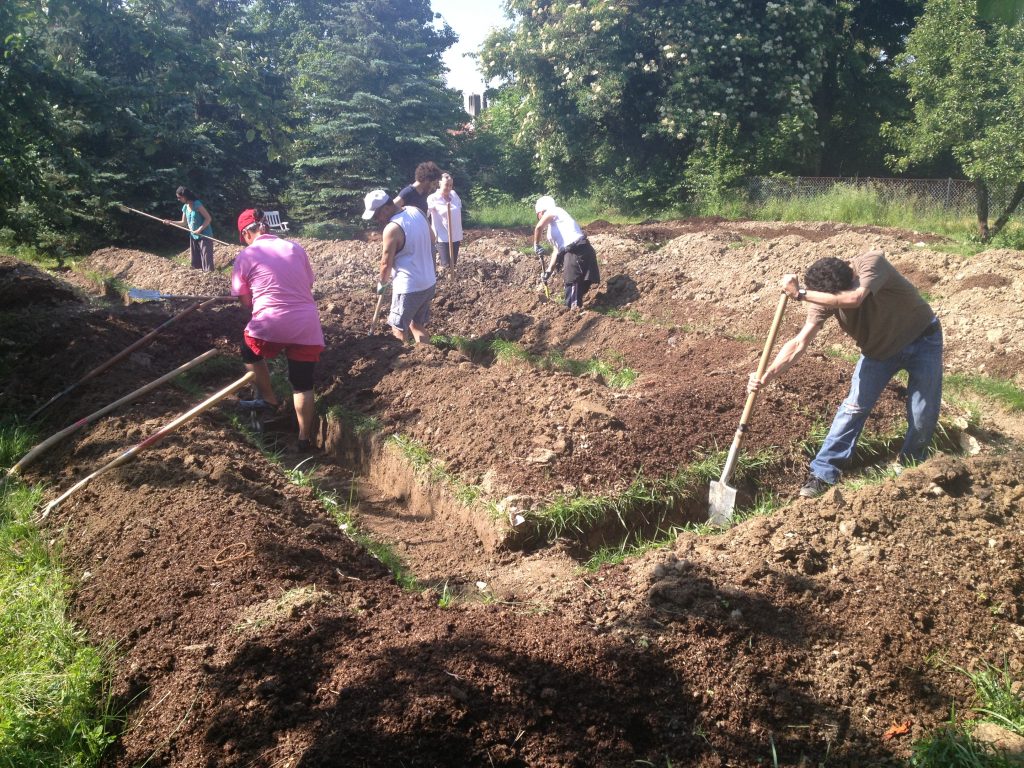 A forest’s diversity is what makes it productive and self-sufficient, and what matters even more than the number of species present is the number of beneficial interactions among its species. Darwinian notions of “survival of the fittest” might lead us to believe that competition is the most natural form of interaction among and within species groups, but in fact, upon examining interspecies synergies, it is evident that cooperation is key. Permaculture (permanent + (agri)culture), as it is commonly understood, attempts to recreate the natural cooperation and abundance of ecological assemblages within systems of food crop production. Permaculture is a resilient, sustainable form of food production that is adaptable to hot, dry climates and is supportive of biodiversity, making it highly relevant for inclusion in discussions of adaptation to climate change. As a gardening and farming practice, permaculture is nothing new; its principles have been put to work for millennia and are carried on today in some communities. The appearance of the term “permaculture” itself is more recent, coined by Australians Bill Mollison and David Holmgre in the late 1970s. In 2011, the Geneva newspaper Le Temps announced in its Lifestyle: Trends section that permaculture was popping up in gardens and farms all across French-speaking Switzerland. (Hoffmeyer 2011) Permaculture Design Course (PDC) certification programs have proliferated as well; the certificate is recognized by permaculture institutions in other countries but has no formal value in the Swiss education system. (Permaculture Romande n.d.) Some of the Geneva area resources for permaculture include Permaculture Suisse Romande, Collectif Permabondance, the online platform Brin de Paille Grand Genève, and the Facebook group Permaction. (KS)

Image: Members of the Pote-à-Jean community garden in Geneva form mounded garden plots, inspired by permaculture design methods, during the garden’s 2013 groundbreaking in the backyard of the artist residency Utopiana. Photographed by TAAG.