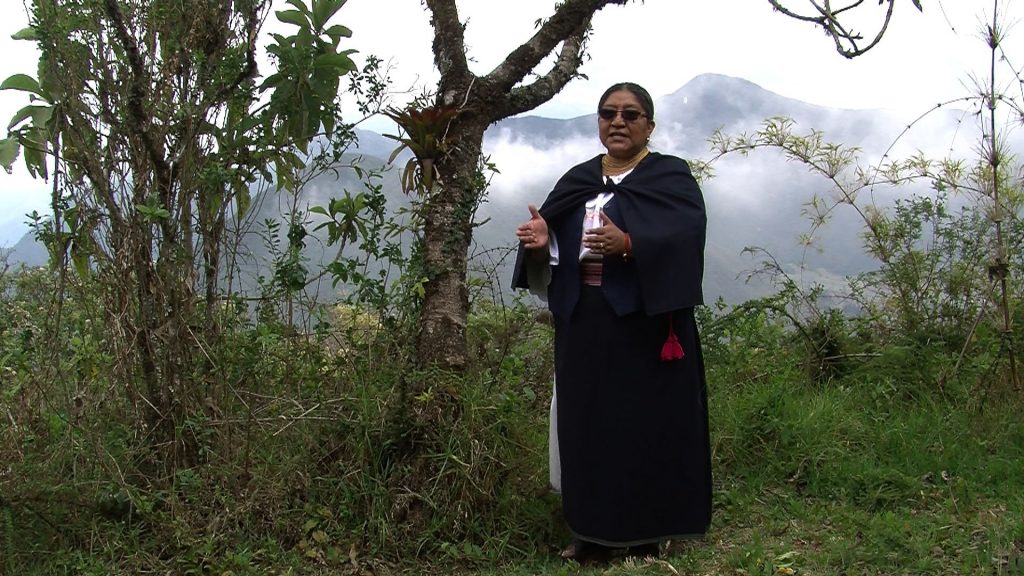 “Where James Lovelock’s Gaia meets Pachamama, at the confluence of indigenous knowledge, modern environmental activism, and ecological/climate sciences, the politics of the Rights of Nature were gradually forged in Ecuador.” (Biemann & Tavares 2016: 81) The concept of rights of nature is recognized as an attempt to move dominant modernist legal paradigms “towards a non-anthropocentric understanding of nature.” (Tabios Hillebrecht & Valeria Berros 2017) With the approval by referendum of its 2008 Constitution, Ecuador became the first nation to extend constitutional rights to nature, or Pachamama, initiating a “fundamental rethinking of the purpose of law.” (Pietari 2016: 38) “The prevalence of laws granting rights to nature has dramatically increased in recent years at local, state, and national levels. In the United States, approximately 200 municipalities have passed ordinances that grant rights to nature in some manner. This movement was substantially catalyzed by Ecuador’s 2008 Constitution.” (Ibid) Bolivia’s 2010 Law 071 of the Rights of Mother Earth, created in the run-up to the 2010 UN Climate Summit (COP 16) in Cancún, Mexico, was revised and passed into Bolivian law as Framework Law 300 of Mother Earth and Integral Development for Living Well in 2012. (Villavicencio Calzadilla & Kotzé 2018) Since then, in associated developments, courts or governments in New Zealand, Columbia, and India have granted legal rights and protections to rivers and water systems. (Cano Pecharroman 2018) These extensions of legal personhood to rivers and living natural systems took place in a context in which local grassroots struggles are increasingly globalized. Indigenous “water protectors” and allies have challenged new pipelines and other expansions of carbon-based economy at Standing Rock, North Dakota, and elsewhere. The prayer camps established at Standing Rock in 2016, in an effort to halt construction of the Dakota Access Pipeline (DAPL) project, gained global media attention. (Ray 2017) At the end of the Holocene, the financing of new petroleum extraction and transport projects and their entanglements in the globalized economy are under increased public scrutiny. In 2017, indigenous delegates from Standing Rock were in Geneva to try to persuade Credit Suisse to divest its stakes in the DAPL project. Interviews with delegates Raphael Gomez and Rachel Heaton may be found here. Meanwhile, the spreading inscription of the rights of nature is supported by legal activist Polly Higgins’s campaign to have the offense of ecocide added as an International Crime Against Peace under the jurisdiction of the International Criminal Court, creating a new “legal duty of care.” (Higgins 2015) The extent to which new rights of nature laws can or will be enforced remains to be seen, as these laws begin to be tested in courts. However, the symbolic efficacy of the rights of nature and their power as a new representation of the so-called Anthropocene may lie in their contributions to shifting public perceptions (Pietari 2016: 93) and to prompting deeper public discussions about the vested “economic, political, and social interests that threaten Earth system integrity.” (Villavicencio Calzadilla & Kotzé 2018: 28) (GR)

Image: This still, from Ursula Biemann and Paulo Tavares, Forest Law, 2014, shows Nina Pacari, a former justice of the Ecuadorian constitutional court, who contributed to the rights of nature articles (Chapter 7) of the 2008 Constitution of Ecuador. Courtesy of the artists.