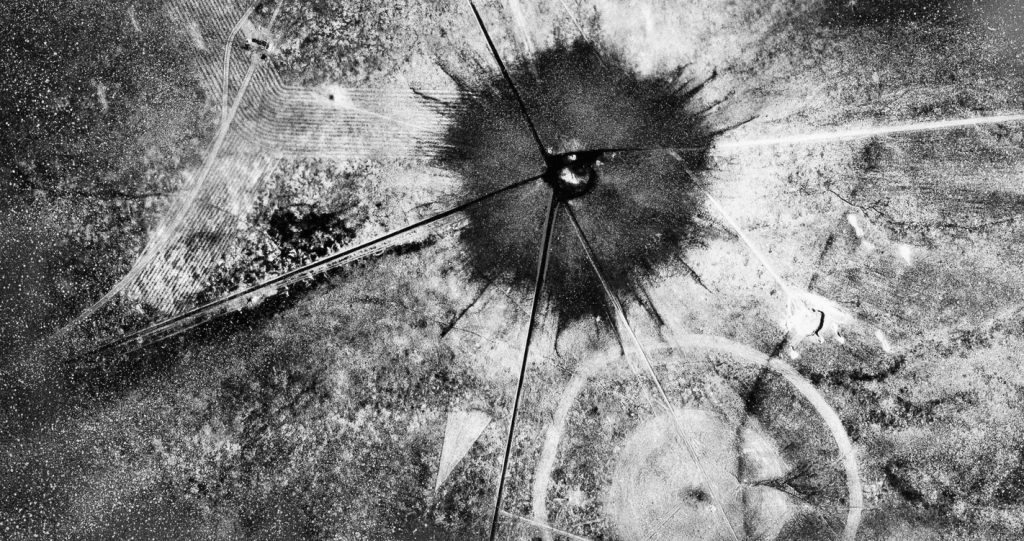 In the history of modern Euro-western aesthetics, the sublime has named an emotional energetics that responds to emphatic encounters with nature, works of art, and social facts: the mixing of terror and enjoyment at a safe spectatorial distance. The history of the category shows that the culturally mediated feeling of the sublime has changed over time, often in pace and response to changes in society. Notably, as new experiences of terror have emerged in modernity, so have new experiences of the sublime. Traumatic periods and events of social violence – such as colonial genocide, the slave trade, Auschwitz, and Hiroshima – have shaped the qualities and possibilities of sublime feeling, critics have argued. (Battersby 2007; Gilroy 1993; Ray 2010; White & Pajaczkowska 2009) Since 1945, reflection on the aesthetic category has tended to dissolve “the sublime” into a plurality of sublimes, each describing the exposures of particular times, places, and subjective positioning. Fully opened to the entanglements of history and the social dimensions of terror and trauma, the sublime at the beginning of the twenty-first century seemed to become a flexible category, available to name a range of emotional or passionate intensities triggered by encounters with any kind of overwhelming event or object – any aesthetic experience or traumatic missed experience in which the subject is brought to some threshold of representation or self-representation. In the so-called Anthropocene, new and unprecedented terrors are emerging, associated with socially caused climate chaos, planetary meltdown, toxification, and extinction events. As debates about the Anthropocene unfold, the sublime has again become a keyword for reflection and debate. Cultural theorist Eva Horn (2018) has written of “the Anthropocene sublime,” and philosopher Byron Williston (2016) has commented on “the sublime Anthropocene.” Meanwhile, writing about the prominent photographer Edward Burtynsky, critic T.J. Demos has rejected contemporary use of the aesthetic category on political grounds. (Demos 2017: 65) Today, images of “super-storms,” floods, droughts, wildfires, and technological accidents abound in the news, popular culture, and public imagination. New anxieties and fears about the future – whether conscious or unconscious, articulated or unspoken – register the character of terror at the end of the Holocene and contribute to new structures of feeling that energize the moods and dispositions of everyday life. As a critical term, the sublime can still be of help in thinking about the emotional intensities of images and representations of planetary change. By refocusing attention on the cultural mediations conditioning feelings and the construction of representations, criticism underlines the social causes of planetary change. And while the sublime may point to dimensions of image and experience that resist articulation in language and concepts, sublime encounters require a context of reception and return to discourse, in order to move from individual response to the shared responsibility of political practices and movements. (GR)

Images: Aerial photo of « ground zero » at the Trinity test site, in the desert near Alamogordo, New Mexico, taken 28 hours after the first atomic explosion on July 16, 1945. The Spanish colonialists had named this valley La Jornada del Muerto (the journey of the dead). The nuclear fallout that begins in 1945 is being considered by geologists as a possible « golden spike » marking the beginning of the Anthropocene epoch. Photo: public domain.