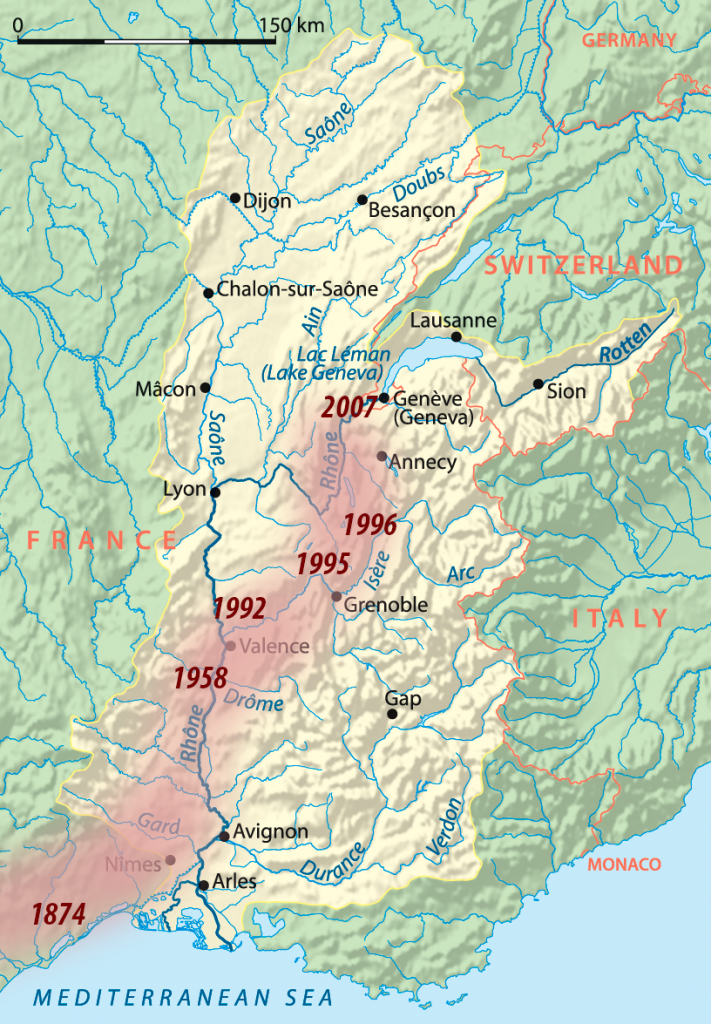 The giant orchid (Himantoglossum robertianum), along with several other orchid species, has been slowly migrating northward from the Mediterranean coastline since the nineteenth century. After leaving the coast around 1850, a small population gained a foothold in the Hérault department of southern France, and in 1942 it was also present though rare in Provence and Languedoc. By the late 1950s its expansion northward had sped up, and it arrived in the departments of Drôme and Ardèche. By 1992, the giant orchid was in the Rhône department, first in the commune of Ternay; by 1995 it had arrived in Isère, and by 1996 in Savoie. When France revised its list of protected species in 1997, the giant orchid, due to its expansion, lost its status as a protected species on the national level. In 2007, the giant orchid arrived in Geneva, its only known habitat in Switzerland. It is considered relatively rare worldwide yet its distribution spans a wide swath of southern Europe and northern Africa: Albania, Anatolia, Cyprus, France, Greece, Italy, Malta, Morocco, Portugal, Spain, and now, Switzerland. Though reasonable observers could conclude that warming climates have paved the way for the giant orchid’s northward migration, especially considering the sudden quickening of its pace in the mid twentieth century, climate change is considered a threat to this species as it is sensitive to temperature extremes. (KS)