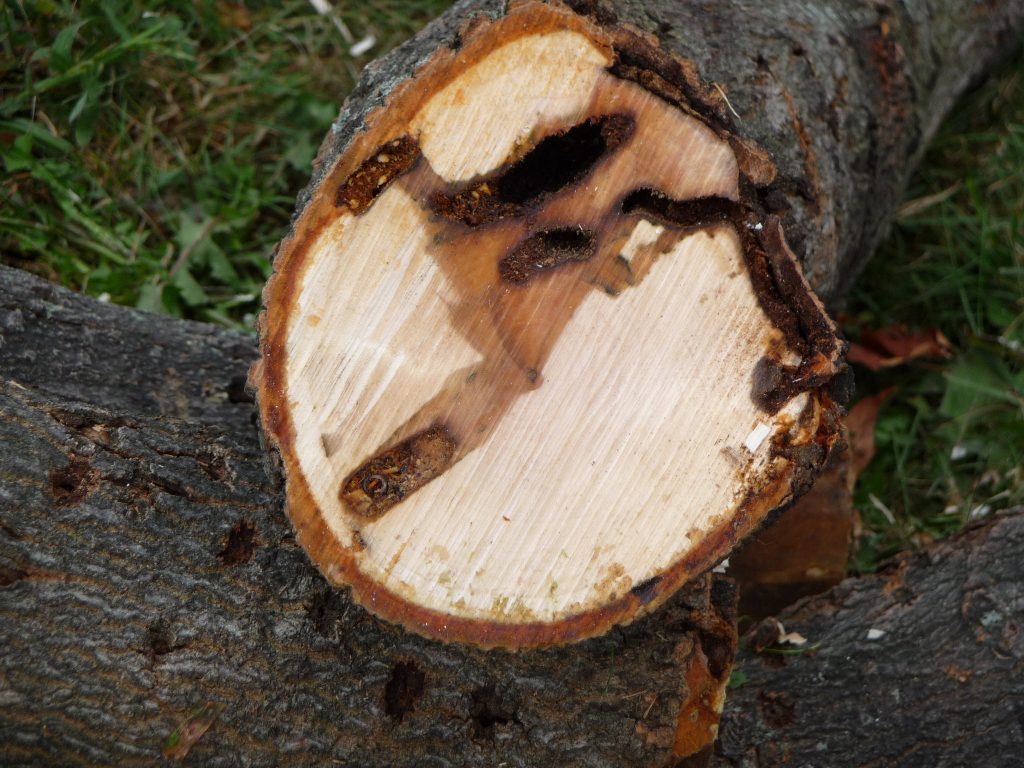 In the past thirty years, the globalization of trade flows has expanded the habitat of the Asian long-horned beetle (Anoplophora glabripennis) from its native regions in China, Korea, and Japan to Europe and North America. Biologists believe that the species burrowed in the wood – shipping pallets, for example – that is commonly used for transporting manufactured trade goods, and were thus shipped around the world. The female beetle chews into a wooden support (trees, or pallets) and lays her eggs there; when hatched, the larva chew their way back out. The first Asian long-horned beetle sighting in Switzerland was in the canton of Fribourg in 2011, and other outbreaks have occurred in Winterthur, Marly, and Berikon. A hatching of Asian long-horned beetles will swiftly destroy a tree by devouring its leaves; maple is its meal of choice, though it also enjoys birch and poplar as well as some other hardwood species. Closer to Geneva, the beetle first appeared in 2016 in Divonne-les-Bains, France, where it is believed to have arrived once again via international shipping, rather than migration from Fribourg or other areas in Switzerland where it had already landed. Since 2016, the municipality of Divonne-les-Bains has cut and burned approximately 800 infested trees on both public and private land, and neighboring Swiss towns have been put on alert. Complicating matters, however, is the fact that the Asian long-horned beetle physically resembles four native Swiss species: the Monochamus sutor, Saperda carcarias, the musk beetle, and the Alpine long-horned beetle – the latter of which is a protected species. (KS)

Image: Cut end of a piece of wood showing tunneling from the Asian long-horned beetle. Photographed by the United States Department of Agriculture. Licensed under Creative Commons.