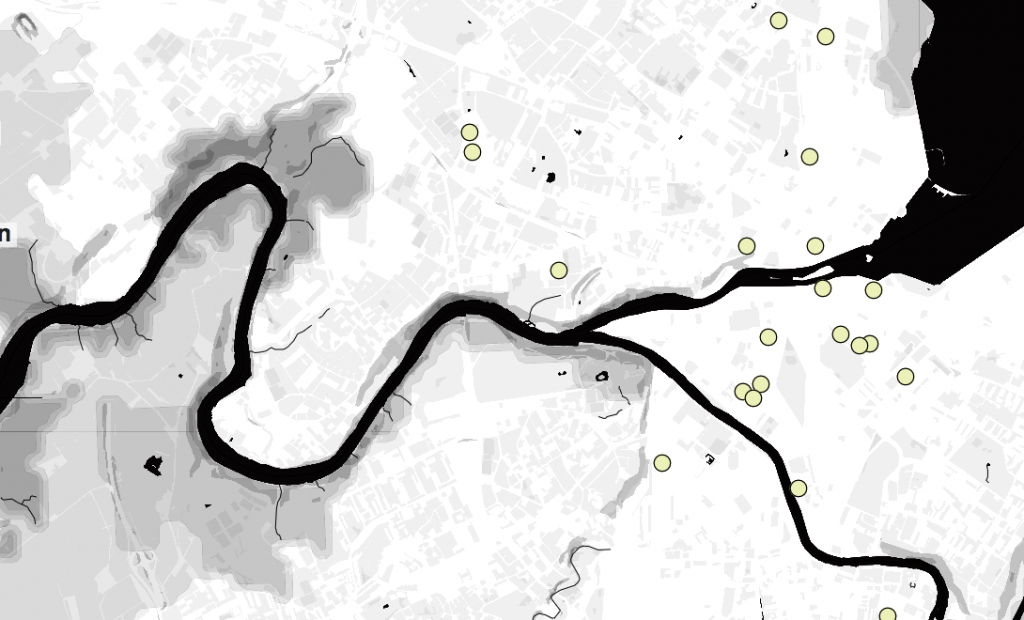 There is no such thing as an innocent map.

Integrating skills of art and science into operational world-views, new technologies of mapping and chart-making projected colonialist and imperialist ambitions and prepared the European maritime invasions of the fifteenth and sixteenth centuries. To map a place was to enclose it – for knowledge, but also, simultaneously, for seizure, conquest, plunder, accumulation. The work and technics of progressive emplotment was key to the launch of modernity. In its historical origins a mercantile and military instrument, the map remains, as critical cartographer and TAAG advisory research group member ­­Philippe Rekacewicz notes, a thoroughly political construction. The homepage of The Anthropocene Atlas of Geneva is based on a satellite image of the city and region of Geneva. The very form, colors, and god’s-eye perspective of this representation may evoke military targeting and surveillance technologies. After much discussion among TAAG researchers and advisors about the associations and resonances of this image, the decision was made to retain it, for the technologies that make it possible are indeed “social facts” of the so-called Anthropocene. There is irony and self-irony, too, in this intellectual construction: like the famous visually equivocal rabbit-duck illusion of Ludwig Wittgenstein’s Philosophical Investigations, the dots marking locations of interviews and places of research in Geneva may also “flip over” into an alternative or divergent image, in this case suggesting historical or speculative documents of aerial bombing, toxic events, or ecocidal crimes. A tone or mood of menace or, indeed, an aspect of terror, is arguably irreducible to the epoch of socially-driven climate chaos, toxification, and extinction – and is constitutive of many discourses and representations of the end of the Holocene. While it would be untrue to repress this aspect of legitimate anxiety, the views and practices expressed in the interviews themselves testify rather to a shared “optimism of the will.” If this research Atlas is obliged to register the negative in its representing gazes, then it also archives the plural voices, activities, and committed responses of emerging ethics and politics, at once planetary and locally situated. (GR)