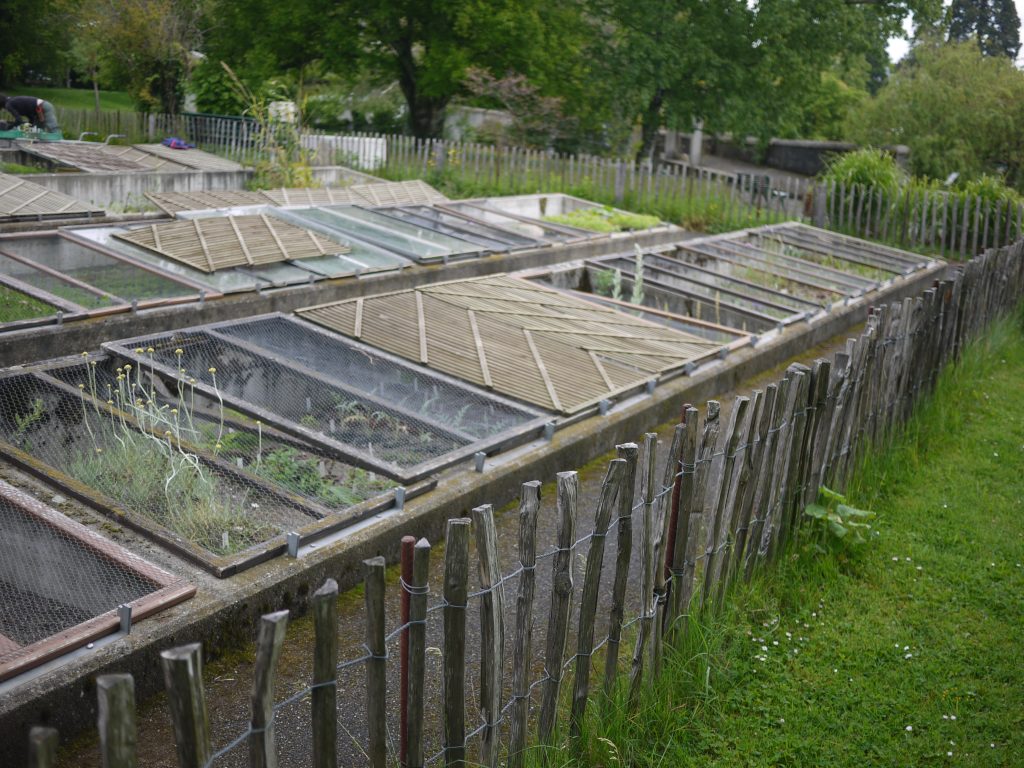 In her interview with The Anthropocene Atlas of Geneva, ethnobotanist Denise Gautier noted the rich history of agricultural heritage and market-based gardening in Geneva. She pointed in particular to the plants of Plainpalais, including the Violet de Plainpalais artichoke. In a thesis written for the CCC Research-based Master Program at HEAD – Genève, Marguerite Davenport has connected the history of this plant to traditions of herbalism and herbalist Michée Chauderon, the last witch burned in Geneva. (Davenport 2018) Along with its cousin the cardoon (C. cardunculus), the Violet de Plainpalais artichoke was initially domesticated thousands of years ago from wild Mediterranean thistles, and eventually arrived in Geneva in the seventeenth century tucked into the traveling valises of Huguenot refugees. The Huguenots had fled Catholic France following King Louis XIV’s revocation of the Edict of Nantes, which until then had extended civil rights to Calvinist Protestants. Once the edict was revoked, hundreds of thousands of Protestants fled France, with large numbers of them landing in Geneva. They brought with them some of their most valuable belongings, which included seeds. Their arrival is considered to be the birth of the “culture maraîchère” (vegetable gardening culture) in Western Switzerland. The city of Geneva gave the Huguenot gardeners the area of Plainpalais to plant and tend to their crops. For this reason, some of the streets surrounding the Plaine de Plainpalais bear names associated with food cultivation: Rue des Maraîchers, Rue de la Ferme (Farm Street), and Rue des Plantaporrêts (the name of the growers association begun by the Huguenot urban farmers). Though initially popular, the Violet de Plainpalais eventually fell out of favor and was replaced by artichoke varieties that were larger and more productive, including cheaper import varieties from Spain. For decades, the species was thought to have disappeared entirely, until it was rediscovered quite by accident in a private vegetable patch in Grand-Sacconex in 1959. The Geneva Botanical Gardens took the Violet de Plainpalais under its protection and began cultivating it for conservation purposes. Gardeners can obtain the plant through Pro Specie Rara. (KS)